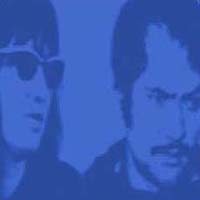 Death Squad began around 1990 - 1991. In its brief history has performed well over 100 shows on three continents. This is the fourth tour , which will most likely be the final tour of this projekt. During the 1998 tour in Rostock Germany a severe depression hit Michael Nine and it was at that time that he initiated the philosophy that all subsequent shows would be unofficial. It took a great deal of rest and recooperation for him to gather the strength and energy to once again do anymore shows.

Releases by Death Squad on Negatron 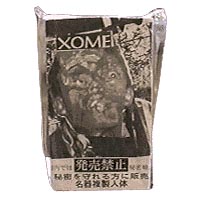 Jumpin Jesus on a pogo stick! All on one hour of magnetic tape, hear the unforgetable rage of noise from Death Squad from San Francisco, California with a rancid array of sounds and mentality from Xome. Limited to a mere 100 copies. Going fast. more info